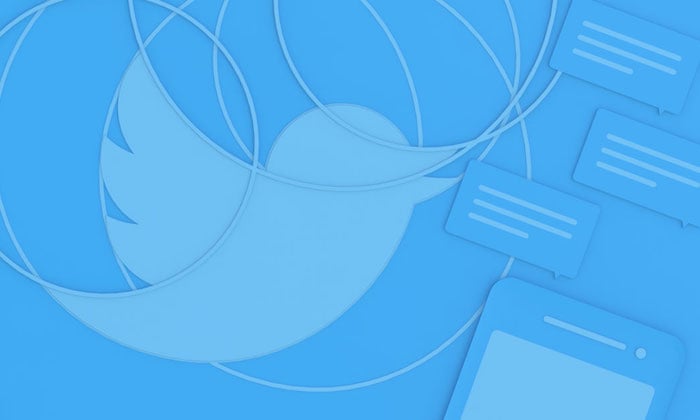 Twitter hasn’t had the easiest time adjusting to the new social media landscape.

Facebook and messaging apps have been crushing the social media platform on paper.

But, Twitter isn’t a ghost town. It has over 330 million active monthly users!

Participating on Twitter is a lot more fruitful than you think.

It’s an audience that can’t be ignored.

It’s an audience worth paying attention to, even if only a small percentage can see any given tweet.

Of course, you have to build a following, and Twitter is a much different experience for those who don’t have followers.

Buying followers is a common practice, but it doesn’t work the way you think.

You’ll also get banned from Twitter for buying fake followings.

Here’s how to buy those followers the right way, without taking any black hat shortcuts.

When you start on Twitter, you’ll have no followers.

You’ll just be sending tweets into the empty abyss.

These users come from a broad range of demographics and interests.

Usage of social media has steadily increased across the board, according to another Pew Research study.

Twitter is used for a variety of purposes, even to discover businesses.

The platform is the #1 platform for discovery, with 53% of people on Twitter saying they are likely to be the first to purchase new products.

Otherwise, understand there are only four ways people can see your tweets.

Tweets are typically public, and the service will recommend tweets to you based on content, geography, and other considerations.

Still, users typically only see tweets from people they follow and choose to.

Some use third-party tools like Hootsuite or Buffer to filter out the noise.

These app interfaces make it much more difficult to be seen unless you’re posting relevant content.

My tweets reach much further than just my followers.

Many of them retweet my content to their followers too!

Each of these accounts has followers that may not follow me.

It’s an audience I couldn’t reach on my own, and that endorsement increases my audience.

It can also increase my follower count.

People are much more likely to trust your information when presented by a third party.

You can follow people for a follow-back, but that only gets you so far.

Use promoted posts to reach an audience when you’re starting out (and even when you’re a large corporation with a huge following).

Here’s one from GlassesUsa.com that appeared in my Twitter feed:

I’ll dive deeper into how to customize promoted posts further down in this article.

The majority of the most popular trending topics around the world are hashtags.

By posting about trending topics and using hashtags in general, you greatly increase your chances of being discovered through user search.

If you’re interested in learning more, I have a great article about tools to increase Twitter engagement.

For those still with me, we’re moving on to the scourge of fake followers.

According to some reports, more than half of all Twitter followers are fake.

A site called Twitter Audit lets you check any celebrity account to find out how many are actual people.

Now, these numbers are debatable, but the existence of Twitter bots and fake followers is not.

Microsoft, for example, created an AI bot named @TayTweets that interacted with the public for several hours before turning bigoted.

Tay’s AI was eventually deactivated, highlighting one danger of bots and fake followers.

Another issue with fake followers is they can get you banned.

Twitter makes a business promoting posts and connecting real users with each other.

While it accepts bots used for functional purposes, its terms and conditions strictly prohibit buying or selling fake engagements of any kind.

Being reported for spam while having too many fake followers increases the likelihood you’ll be banned.

Fake followers don’t interact with you, so they lower your overall engagement rates.

The official way to purchase followers is through Twitter itself.

Use Follower Campaigns and Sponsored Tweets to Buy Twitter Followers

You can’t directly pay somebody to follow you, but you can pay Twitter to recommend you to them.

Through a follower campaign, you can promote your account to non-followers through their Home timeline and Who to follow panel.

In fact, Alimetiers increased their followers by 200% using a follower campaign.

There are four basic steps to get this done.

The first step is selecting an audience for your campaign.

Twitter recommends only using one segmentation at a time, but I disagree.

Feel free to experiment with different combinations for the best results.

For example, say I was targeting people interested in blogging in the United States. I can target the keywords blog and blogging, along with the interest of blogging.

Different messages resonate with different audiences, so every segmentation counts.

It’s like equalizer presets on your stereo system, optimized for specific purposes.

Custom audiences can be used to remarket to people who have visited your website, used your mobile app, or just upload your customer list.

This is helpful for zeroing in on people already familiar with your brand who just haven’t followed you on Twitter yet.

Once you have your audience selected, craft a compelling tweet that will convince them to follow you.

This is the tweet that shows up in people’s Home feed, and you only get one chance to make a first impression.

It’s also a great idea to include a link to your website.

You can replicate this success with a Twitter campaign of your own.

Just be sure to include that CTA. It’ll help optimize your budget.

Once you have your campaign set up, the final step is to set a budget.

The average business spends between $4000 and $7000 per month on paid social.

What’s great about followers campaigns is you’re only charged for the follows you acquire.

You won’t be charged for impressions, replies, retweets, or clicks on your links.

This makes a follower campaign ideal for businesses with a limited ad spend budget.

It’s also why I recommended adding a link to your website in your CTA. It can save a lot of money and increase your ROI!

While I’m on the subject, there’s no need to stick to Twitter for buying followers.

Although you can’t explicitly pay for followers, you can use your existing web channels to “buy” real Twitter followers.

If you have a blog, odds are you have social sharing buttons to let readers easily share your content across social media channels.

Here are a few examples of tweet button styles.

You can also update the tweet text when your posts are shared from other users’ Twitter accounts.

Other users tweeting your content is an invaluable marketing technique.

You’re “buying” followers in this case through spending on quality blog content.

I have a great video about when and where to use social sharing buttons.

This is the first place to start earning Twitter followers.

But it’s certainly not the last.

It allows you to run off-site follower campaigns as well.

I do this because I blog so often, it’s necessary to schedule social posts separately.

Of course, you can publicize posts directly from WordPress by linking your account.

It’s also possible to embed tweets (including the promoted tweet from your follower campaign).

This is done by simply copying and pasting the URL into the WordPress visual editor (without the hyperlink) like this.