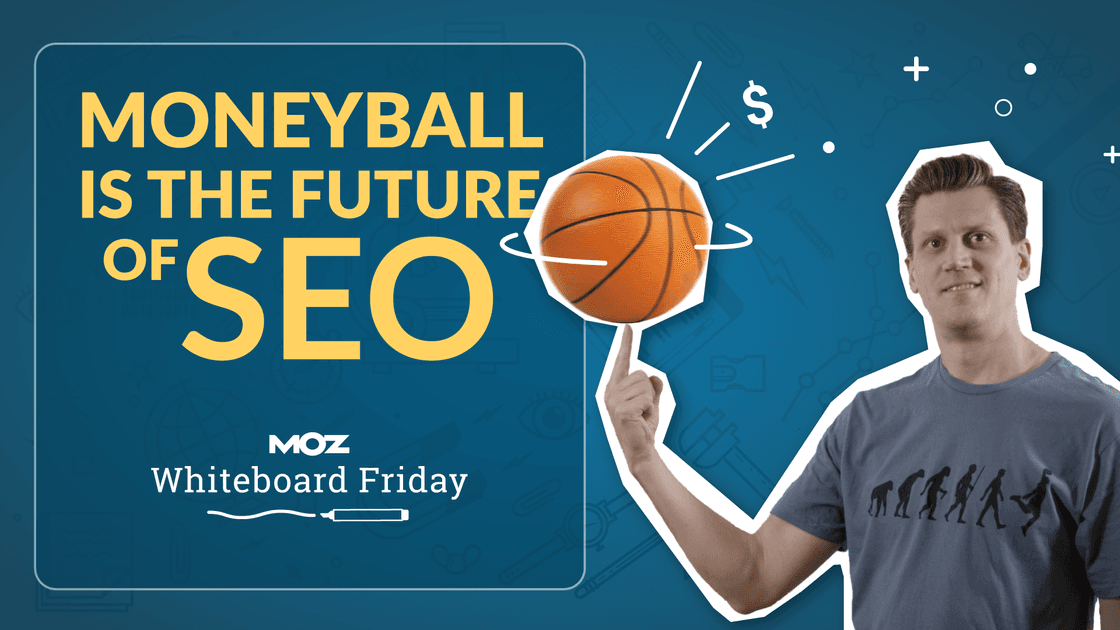 Welcome back to Whiteboard Friday! First up in our fall season, Will Critchlow shows you how, much like the NBA, SEO is undergoing an analytic revolution — and how you can make the most of it.

To hear more on this topic, and from our other amazing MozCon 2022 speakers, be sure to pre-order the video bundle!

Hi, Moz fans. Will Critchlow here, CEO at SearchPilot. I want to start today by talking about the NBA in 2001. This is what the shot chart looked like. So these are the 200 most commonly shot from locations in the NBA in 2001.

Something happened in the subsequent 20 years, because today the shot chart looks more like this. It’s pretty mind blowing. You can see there’s still a ton of dunks and layups, still a ton of three-point shots, but the mid-range has all but disappeared. Why is that? Well, what happened was they installed advanced camera systems in every NBA stadium and every NBA arena and applied a whole load of advanced machine learning and artificial intelligence to track all of the players and the ball throughout every single game.

And using that advanced statistics, they could track all kinds of things that they didn’t have before, like how closely guarded the player was when they were shooting, whether they dribbled left, whether they dribbled right, all those kind of little details. And out of that data, they discovered that these mid-range shots, that had been part of the game forever, were less effective than everyone had assumed.

It turned out that they were almost as hard to score as the three-point shots, but, of course, worth far less. The dunks and layups worth only two points, but easy enough to be worth shooting. The three-point shots worth half as much again, worth shooting, but the mid-range less so. But it took the advanced statistics to be able to figure that out.

I’m going to argue that we’re undergoing a similar analytic revolution in SEO. The equivalent of the cameras in every stadium is not cameras watching us type. It’s SEO A/B testing, where you can take a hypothesis. So you can take the particular onsite change that you’re thinking of making, that you think is going to bring a big benefit to your organic search performance, and you can test it in a scientific way and get the expected impact as well as the confidence interval on that impact.

I’m not going to get into detail today about how to run those tests. We’ve talked about that before, and we’ll link in the show notes to more detail on how you can run those tests. But the point being this kind of testing is available now.

And what it’s doing is it’s bringing a similar kind of realization to especially enterprise SEO, very large website SEO that happened in the professional basketball game. And the equivalent, I’m going to argue, is that the mid-range is all of those untested changes to your website, all the little things that maybe you do because it’s best practice, or you heard something from a Googler, or you heard something from an expert, maybe even someone like me, and they said, “Hey, you should do this thing,” and you roll it out on your website.

But actually, they’re way lower percentage than we’d always assumed, just like the mid-range shot is in the professional basketball game. And you have all of those cases where you get excited. The equivalent of your crossover is you find maybe an insight from some keyword research, and you have some new thought about how searchers might be looking for your website.

And you pull up for that mid-range jump shot, where you make the change. So you start modifying your titles and meta information, for example, on a whole bunch of pages based off these insights. But too often that’s a massive air ball. We’ve seen so many cases where we have rolled out changes that are based on that kind of insight and huge negative impact, -20%, -27% organic search performance as a result of some of those untested changes.

Moneyball is the future of SEO

And so my argument that moneyball is the future of SEO, the strategies that I think those large websites are going to be building upon in the future is a combination of winning tests. Those are our dunks and layups, the things that we’re very sure to make those shots.

So you build the strategy of building out new content and rolling out winning tests, which are your dunks. And you cut out the mid-range, which are all those little tweaks, all those untested onsite changes.

And then the final piece of the strategic puzzle here is that you drive your test cadence up. So the basketball equivalent, again, is that over this same time period possessions per game are up almost 10% over that time. And the reason for that is that if you have an edge, if you have an advantage over your opponents, which is exactly what this kind of advanced insight gives you, you want more goes.

You want more repetitions, and that’s just like you walk into a casino and you play roulette once, maybe you win. You play roulette a thousand times, the casino is definitely winning and that’s because they have the edge. So if we have the edge because we’re running these tests, we want to drive the number of tests up and test cadence. And so the very highest performing teams that I see doing this kind of moneyball SEO approach, they are building their strategy off this kind of thing, new content and winning tests.

And then they’re setting KPIs around test cadence and making sure that they run more of those tests, they run them more quickly, and that they’re driving performance that way. So I hope you’ve enjoyed this little ramble through NBA basketball into SEO testing. I’m Will Critchlow, CEO of SearchPilot. Take care.